Ok so yesterday morning i said that a GoPro video of a man fighting off a Great White shark in Sydney Harbour was fake and i refused to post it. Fake ass fakety fake. It still went viral and at least a dozen people sent me the link wondering why i hadn’t posted it. So for those of you asking…here it is again and why it’s fake.

Right… now without getting all CSI and sh*t here are the 3 obvious reasons it’s not legit.

There are several other inconsistencies, but blah blah blah McFakety fake. 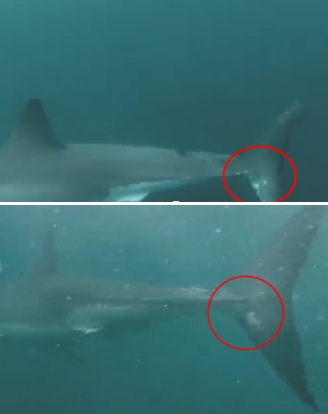 So stop sending me the damn video.