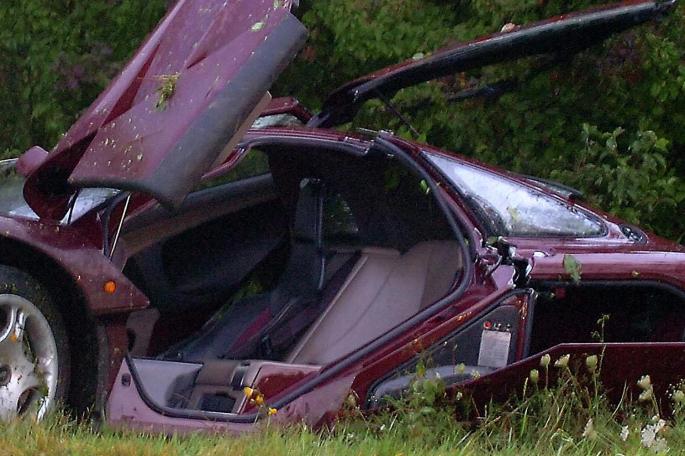 Ya..it happened last week, but i needed some useless Monday morning celebrity gossip for you so here’s Mr Bean’s trashed McLaren F1 after he drove it into a road sign….again.

“The actor Rowan Atkinson has been released from hospital following a crash in his high-powered McLaren F1 supercar, it has been reported.

The Blackadder and Mr Bean star is believed to have lost control of the £650,000 vehicle which spun off the road and hit a tree before catching fire.” [Telegraph]

Driving skills he learned during filming no doubt.

Oh and if that news is too old or not enough useless celebrity gossip  for you then here’s a pic of Nicki Minaj’s nipple that popped out the other day on a live morning show in the US.