Female mayor filmed having sex in public..guess who?!! [NSFW video] 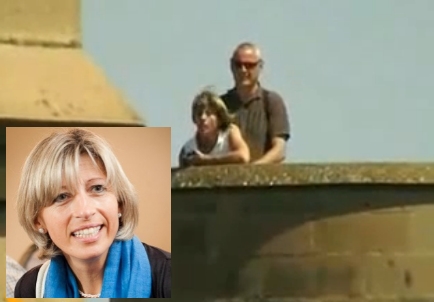 10 points () if you clicked this link because you thought it was Helen Zille.

The female mayor of a Belgian town is getting some stick for being identified last week in a video of a couple having sex on the roof of a castle. Ilse Uyttersprot the Mayor of Aalst was on holiday in Greece when she and her partner decided to engage in a spot of public sexy times.

Is it just me or did anyone else watch that and think it looks like it’s Luke Skywalker getting bum rushed?!

Ya..just par for the course in Belgium i guess. The video had apparently made the rounds on the interwebs for years, but last week someone recognized the mayor who pretty much has stated that it happened long ago and folks should get over it.