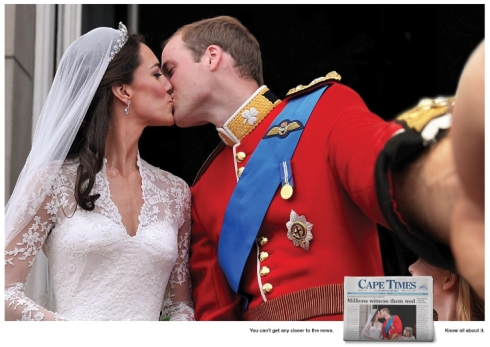 Ya hey…always makes me proud when Cape Town related stuff cracks a knod overseas and this latest ad campaign from Lowe Cape Town for the Cape Times newspaper is making massive waves abroad. It’s been featured on several high profile websites already and i think you’re gonna agree with me that it’s rather brilliant.

You’ve seen them before…those photo’s on Facebook, Instagram and other social networks of people taking pics of themselves with a smart phone. Imagine if some of the world’s most iconic images were taken like that…well that’s exactly what Lowe Cape Town did and this is the result. 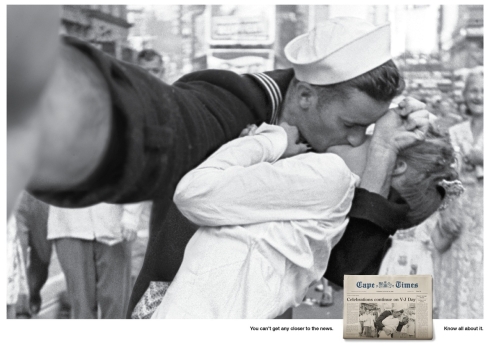 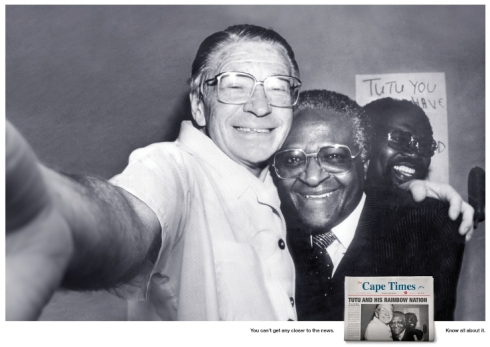 The campaign has over the past few days been featured in the Huffington Post, Gizmodo, Buzzfeed and more.

The tagline is ‘ You can’t get any closer to the news’.