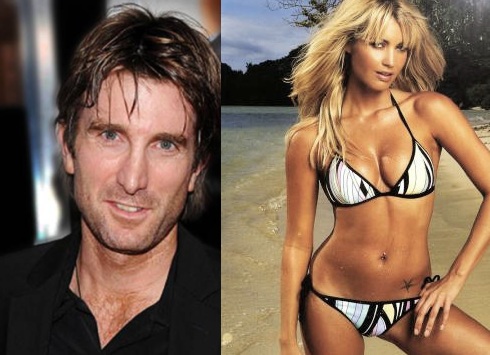 Here’s your useless Monday morning celebrity gossip to share at the water fountain at your office today.

Sharlto Copley, the Distict 9 star has reportedly left his longtime girlfriend after 13 years and is now dating model and actress Tanit Phoenix. According to Heat Magazine..the actor spent time with Tanit Phoenix while his girlfriend was in Johannesburg attending to her father who was diagnosed with cancer.

Sharlto, who played Wikus van der Merwe in District 9, also starred as Murdoch in the remake of the A-Team recently and has two new movies in post production set for release in 2013. Phoenix has appeared in several movies including Spud, Death Race and Safe House.

“Sharlto Copley, star of District 9 and The A-Team, may have ended his long-term relationship with his girlfriend of 13 years for model Tanit Phoenix, reports Heat magazine. “

So now you know.