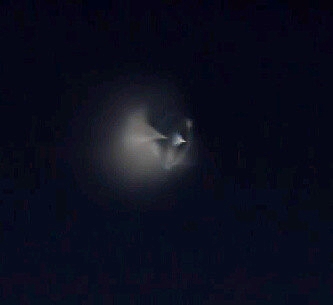 It’s 12/12/12 today so let’s just roll with the crazy sh*t hey. At about 8.30pm yesterday plenty of folks in Cape Town and surrounding areas  reported seeing a strange lit up cloud-like object that lasted for several minutes in the night sky. The word UFO was tossed around and this image was captured by Marilie de Kock.

Here’s another pic that’s not as clear. 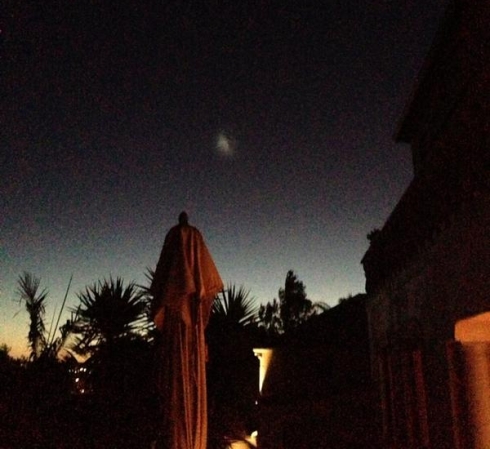 Folks spotted it over Franschhoek, Gansbaai and Storms River as well.

Here’s what folks in Cape Town said on Twitter. 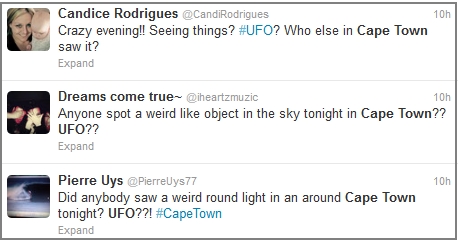 1: the SA astronomincal society says.. “If you saw two bright lights with “plumes” coming out from of them “like fireworks” following each other across the sky in the CT / Wellington region on the evening of Dec 11 then you were watching the US military’s OTV 3 spaceplane and its rocket launcher”

2: NASA says it was the asteroid Toutatis that flew by on December 12 and 13, about 4.3 million miles from Earth.