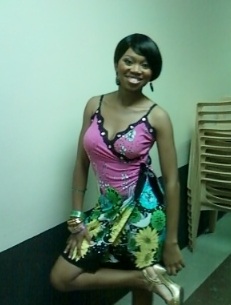 Ok so on Friday i told you  about FHM model Jessica Leandra being involved in a massive racist controversy after she used the K-word on Twitter. Well over the weekend another SA model and actress, Tshidi Thamana, responded to Jessica Leandra with the following tweet that focused even more media attention on racism in this country.

I got sent that on Saturday and i was gonna post an article, but i don’t write on weekends and quite frankly i’d had enough of all the racism from Jessica Leandra story. It just gets worse after that tweet with her attempting to downplay her tweet and do damage control.

Anyways..i’m not gonna go into this any further either. If you wanna know more then go read that article on Thought Leader…pretty much nails it.

And for the record i used the terms ‘model and actress’ very loosley since i can’t find sh*t that actually proves she is either apart from a few low quality pics on a dodgy website.